After participating in SIGCHI Across Borders events, we proposed and ran a workshop in CSCW 2018 to (i) identify where CSCW and social computing research was being conducted in and about Latin America (LatAm), (ii) characterize its common themes and methods, and (iii) envision a shared agenda that could make LatAm-centered CSCW research more visible and impactful to the international community.

The workshop accepted 12 position papers from 40 authors coming from six countries. Thanks to a SIGCHI funding, 12 authors were able to participate in the workshop, present their work, and collaborate in describing CSCW research in LatAm. Pernille Bjorn (University of Copenhagen) and David Redmiles (University of California, Irvine) volunteered to serve as senior mentors, who introduced key issues in doing CSCW research, advised the workshop participants’ projects, and worked with all of us to pinpoint opportunities and challenges of doing CSCW research in LatAm. What follows is our summary of what we were able to collectively produce in the workshop. 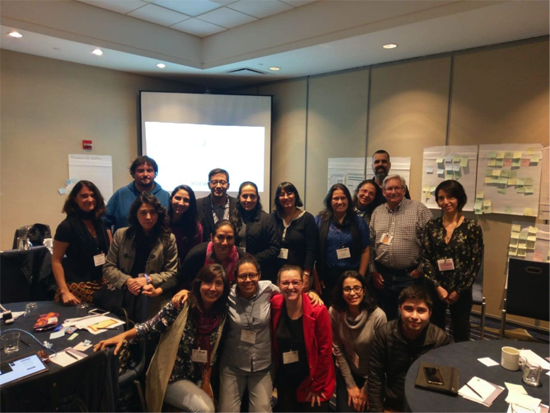 Workshop participants at the end of the event. 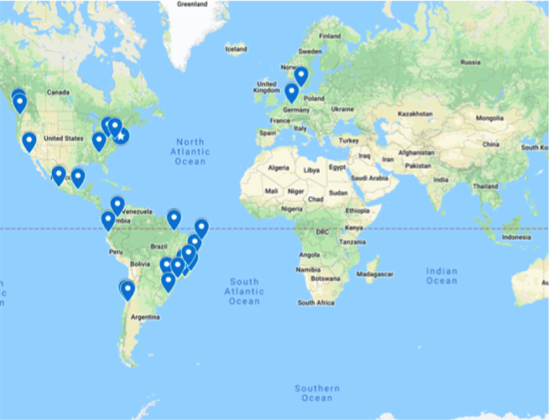 Unsurprisingly, there is a wide variety of themes and methods in LatAm-centered CSCW research. Rather than listing them here, we chose to start identifying their key differentiating characteristics that make it especially valuable to focus CSCW research efforts on this region. The following themes emerged from our conversations in the workshop and subsequent reflections:


We believe that these aspects warrant a call for more attention to LatAm as a place for CSCW research. While LatAm research is not yet widely published in ACM SIGCHI venues, it is tackling relevant issues that need to be further investigated.

Based on the current state of CSCW research in LatAm, we see opportunities to foster a research community centered on LatAm that can create new opportunities for mentoring researchers to disseminate their results, train more people to expand the depth and scope of current research, build networks to share lessons learned, and leverage local efforts to a regional level.

These opportunities do not come without challenges, including well-known financial shortages in our region, which we believe are structural and can hardly be addressed by researchers' articulated efforts. There is also a language barrier. As English is a second language for most researchers in LatAm, writing compelling stories that best convey the richness of their findings continues to be a challenge that is often not taken into consideration in the review processes. Additionally, national research centers in most LatAm countries continue to value only publications indexed by Web of Science. Unfortunately, the majority of ACM SIGCHI conferences are not indexed by it. Thus, currently, CSCW researchers in the region have to consider trade-offs between what is recognized by their peers nationally and having a worldwide presence in their discipline. Finally, there is also a trade-off between our research being locally impactful versus globally relevant. For many of us, our nearby contexts provide plenty of opportunities to make a significant change by means of our research and work. Finding the right balance between making these kinds of contributions to our communities and being part of cutting-edge research in the discipline has become an additional concern.

Overall, we are very much hopeful that characterizing CSCW research in and about LatAm, its opportunities, and its challenges is a key starting step to engage in more effective efforts to strengthen it and make it more visible to the international community. We are currently working on a five-year agenda to increase mentorship and networking opportunities within the region, which we believe will be instrumental to increase the presence of our region in future ACM SIGCHI venues and the dissemination of CSCW LatAm research.

Cleidson R. B. de Souza, Associate Faculty at the Federal University of Pará, Brazil. He is one of the leaders of the ACM SIGCHI Geographic Inclusion Team. cleidson.desouza@acm.org
View All Cleidson de Souza's Posts