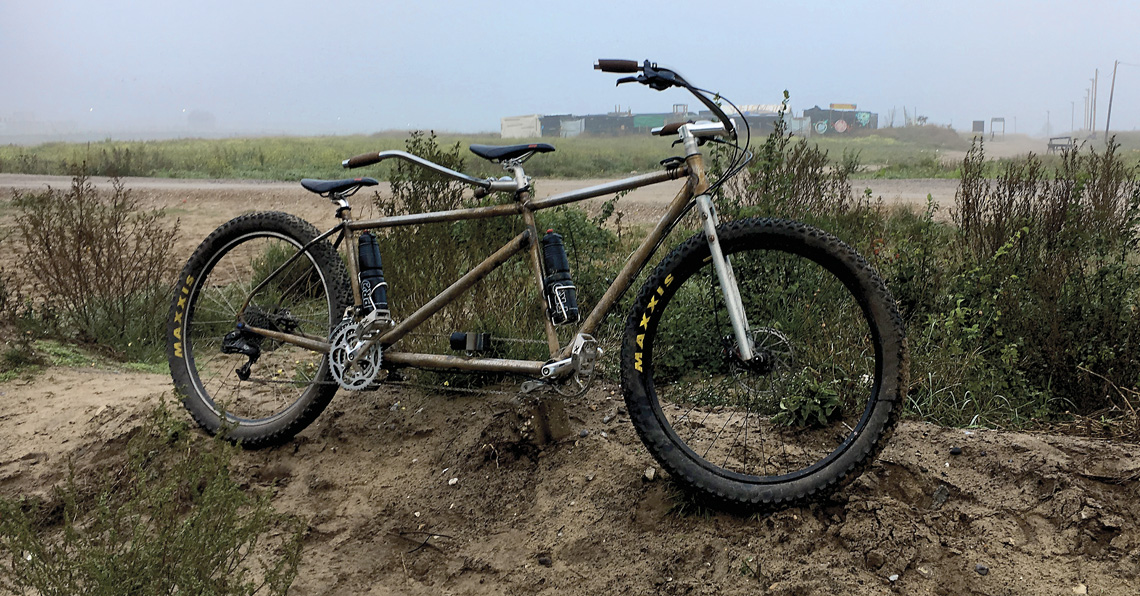 Learning about the European borderscape on a tandem bicycle

In 2016, my colleague Jimmy Loizeau and I designed a tandem bicycle to take to Northern France to conduct research on migration in the "Jungle Camp," a refugee and migrant camp that existed near Calais from January 2015 to October 2016. The bicycle was equipped with various recording devices (microphones and cameras) mounted to bright pink attachments, so that the bicycle would become a kind of roving, data-gathering, participatory interview machine. In this photo essay, I show how the tandem was made, what it did, and some of the things that it revealed in the camp.

Several other bikes are on a long stretch of road, the Rue de Garennes. Clare and I are in the car following the tandem. An informal, organic race materialises. The glitzy tandem is seen as a challenge [and it] is fast, leaving the riders on the largely donated bikes behind.— FIELD NOTES, OCTOBER 2016

Sitting on the back of the bike, as a stoker, you are driven, with no power to control the speed, destination, or route. It's an uncanny feeling—strange enough with people you know well—and requires placing utmost trust in the pilot despite never having met them before.— FIELD NOTES, OCTOBER 2016

Liam Healy is a designer, researcher, and lecturer working across a wide range of disciplines and media. He recently completed his Ph.D. by practice at Goldsmiths, University of London, which aimed to develop and analyze situated "a-firmative" speculative practices that engage with the European borderscape. L.Healy@gold.ac.uk