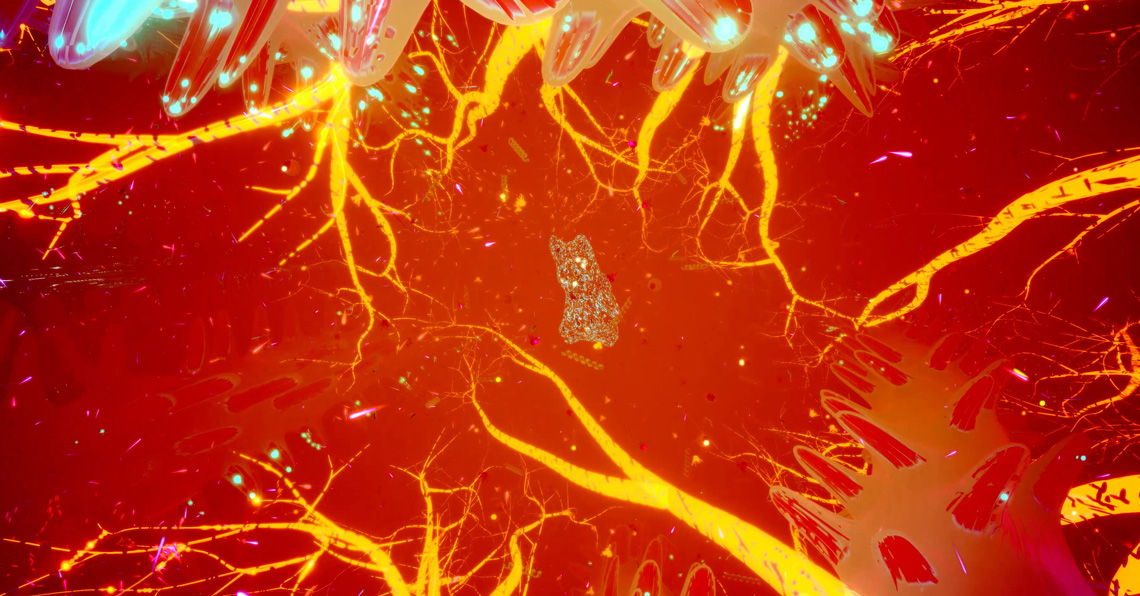 Secrets of Soil is an interactive experience into the hidden world of soil. Your journey will take you to a microscopic world to witness the essential life forms that live there. See how bacteria and plants speak to each other, glide through vast fungal webs, and unearth the secret of how this hidden universe could help save us from climate disaster. Secrets of Soil is freely available online as a 360-degree video; a fully interactive version is available on the Steam platform.

Secrets of Soil was inspired by my family's attempts to make their farming practices carbon negative. They are arable farmers based in Suffolk, U.K., growing wheat, oats, beans, barley, and oilseed rape. Over the past decade, farming has become more difficult for them, due to increasingly disruptive weather plus a combination of rising chemical costs and their reduced effectiveness. In 2015, they joined the global regenerative agriculture movement and began to focus on building up the health and biodiversity of their soils, using these to provide nutrients and protection for their crops rather than relying solely on chemical "inputs."

Central to creating healthy soil is working with the life buried within it. But what lives in the soil? A teaspoon of soil contains a billion bacteria… but what does that actually look like? I wanted to inspire people to think differently about soil, to understand that it is a massive ecosystem that could really help in our fight against climate change.

To make the piece, I collaborated with plant science researchers at the John Innes Centre. They generously shared and discussed their research and imagery with me. These discussions helped to build up an image of this subterranean world and of the many complex interactions that occur. In the interactive version, players can interact with microorganisms, for example taking over a bacteria-eating protozoa and generating nutrients.

It can be difficult for people to care about something if they don't empathize with it, so I wanted to use digital art to submerge audiences within the soil and allow them to explore this hidden microscopic world. I wanted to reveal that soil isn't lifeless dirt but rather a vital ecosystem full of life, in the hope that this inspires audiences to think differently about soil, to connect to it, and to care for it.

Unearth the secret of how this hidden universe could help save us from climate disaster.

Thanks to the John Innes Centre researchers and support staff. New Creatives is talent development scheme offering commissioning opportunities for emerging creatives to make new artistic works in film, interactive media, and audio, designed for BBC channels and platforms. It is supported by Arts Council England and BBC Arts.

Henry Driver is an artist based in Suffolk, U.K. He has shown work in Japan, Canada, Australia, Germany, Denmark, Portugal, South Korea, India, and Taiwan. In his home country (the U.K.), Driver has shown at Tate Britain, Tate Liverpool, Barbican, and the Whitechapel Gallery. [email protected], Twitter: @henrydriver_ Instagram: @henrydriver_