What are you reading? Dan Lockton

I'm overwhelmed with books, which exist largely as a messy physicalized mental model distributed around the office. As has been observed before in this section, many academics' reading tends to happen in liminal spaces and times—summers, airports and aircraft. My choices here all somehow fit with these in-between situations.

Applied Ballardianism: Memoir from a Parallel Universe By Simon Sellars (2018) J.G. Ballard (1930–2009) in his novels and short stories created a science fiction of the near future—a literary speculative and critical design rooted in suburbia. His exploration of the psychological effects of technology and architecture inspired the adjective Ballardian, which Simon Sellars adopts and adapts here. This is an unusual book—described as theory-fiction—taking the form of a memoir about the struggles of doing a Ph.D. and woven into a recurring fugue state. It's a travelogue of a continuous reconstruction of the narrator's understanding of the world, situated in relation to Borges, Baudrillard, and Lovecraft, alongside Ballard. It works well as commentary on the disorientating effects of our pervasive technology environments.

J.G. Ballard created a science fiction of the near future—a literary speculative and critical design rooted in suburbia.

Outline/Transit/Kudos By Rachel Cusk (2014 / 2016 / 2018) This trilogy of novels by Rachel Cusk was a compelling discovery. Cusk's approach is to tell a story through other stories, via a narrator who recounts her conversations with others. It's a kind of autoethnography through reported speech, with the reader left to fill in the outline of the narrator's character from what she chooses to emphasize in the stories told. There are parallels with the ways that user research can sometimes let us into the lives of others, but filtered through our own personalities. Some of Cusk's conversations could serve as good examples to deconstruct along the lines of Argyris and Schön's work, identifying espoused theories and theories-in-use [1].

Architectural Intelligence: How Designers and Architects Created the Digital Landscape By Molly Wright Steenson (2017) My Carnegie Mellon colleague's book was already included once in this column—by Paul Dourish—but it's taken me a few months to sit down with it. Architectural Intelligence takes four "slices" through the underexplored historical undergrowth of relationships between HCI and architecture, focusing on four figures—Nicholas Negroponte, Richard Saul Wurman, Christopher Alexander, and Cedric Price—and their intersecting worlds. Terms such as information architecture are used so freely in design practice, but their historical background is rarely discussed; Steenson shows how much of current HCI and interaction design was not inevitable or uncontested—there were other paths, other possibilities.

New Dark Age: Technology and the End of the Future By James Bridle (2018) Also reviewed by Matt Jones in a recent issue, this is a fascinatingly broad exploration of how technology's promise to understand us through monitoring, data, and computational approaches is in turn creating a world where complexity leads to a "black box" society—or a new Dark Age. Bridle argues that our inability to make sense of the systems in which we're embedded, from climate change to data-driven propaganda to algorithmic decision making, is being exploited by corporate, fundamentalist, and state actors, to divide and control us. I am especially taken with Bridle's ability to link these subjects, to probe the societal imaginaries within which we find ourselves.

Dan Lockton is an assistant professor and chair of design studies at Carnegie Mellon University, where he runs the Imaginaries Lab, a research/teaching platform exploring new ways to think and live. He has a Ph.D. in design from Brunel University, London, and was previously a researcher and tutor at the Royal College of Art. danlockton@cmu.edu, http://danlockton.com 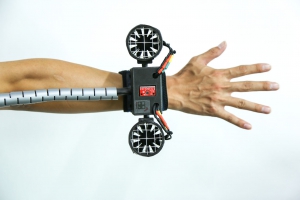 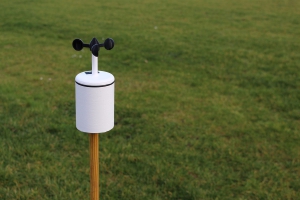 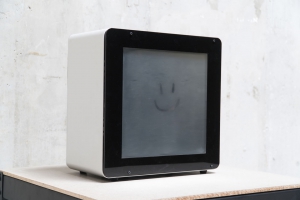 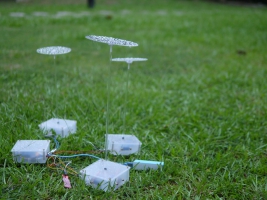