What are you reading? Wendy March

I picked these two books to read outside of work, then realized that they actually reflect my work in many ways. They both have those moments I love when I interview someone and see details of their lives that are deeply ordinary yet fascinatingly strange.

Diary of an Ordinary Schoolgirl By Margaret Forster (2017) I bought this book because I read the review in the Guardian and I used to have family in Carlisle. It is a pleasingly small, green hardback.

Margaret Forster was a novelist and biographer, born in England in 1938. Diary of an Ordinary Schoolgirl is a partial facsimile and transcript of the diary she wrote in 1954 as a 15-year-old in Carlisle. She went on to keep detailed diaries throughout her life; this was one of her first, full of descriptions of the "super," "smashing," and "wizard" minutiae of her everyday life. Forster kept that 1954 diary in her desk drawer for decades; her husband found it after she died in 2016.

It's not the most well-written book, but, as a mother of teenagers, I found it to be a vivid account of what it meant to live as a teenager half a century ago. The details were what made this fascinating to me; meeting with friends was usually arranged in advance, so anything that couldn't be planned in person involved sending a postcard or a letter—an aunt sends a telegram to say she is coming to visit for the evening.

I was amazed by the sense of personal freedom combined with domestic responsibility. Margaret was out and about all the time with friends—the outside world was a space for entertainment, from the cinema to the library. At the end of the diary, she makes lists of the 20 plays and 19 movies she went to see, and the 66 books she read in the year, with comments on which were best. This was a home without a television or a telephone, so she also describes the plays she listens to on the radio and comments on news stories from the radio and newspaper. I was stunned by how much reading she did (my kids were less impressed).

Margaret also does a serious amount of domestic chores and manages the house when her mother is away. It's heavy work—washing floors, blacking grates, and doing laundry. She writes, "I'll never marry and have a family—housekeeping for two is bad enough and only for a week—but for life...?" That wasn't the case. She was a prolific writer of novels and biographies but also married and had three children. Her first successful novel was Georgy Girl, about a young woman in 1960s London, which was turned into a movie (she co-wrote the screenplay).

Women in Clothes By Sheila Heti, Heidi Julavits, Leanne Shapton, and 639 others (2014) I bought this after a chat with a woman who works in a local shop.

This is like a more modern diary, written from a far more self-conscious place. I read it in bits and pieces, as it's not really a book to read from beginning to end. But it does have moments of fascination. Women in Clothes is based on answers to a survey, plus interviews with more famous women; each chapter focuses on a different question.

These books both have those moments I love when I interview someone and see details of their lives that are deeply ordinary yet fascinatingly strange.

In one of the interviews, Cindy Sherman talks about a pegboard she had when she was 11. She made paper dolls and based the paper cutout clothes on her own wardrobe; on Sunday nights, she planned her outfits for the week using the dolls to map them out. Her math teacher, an inspiration, also curated her outfits through clothing combinations.

Unfortunately, there are no images of Cindy Sherman's paper dolls. But the grids of clothing images are the highlight of the book, lending a sense of repetition, of finding something you like and then being drawn to it again and again... until your wardrobe is full of V-neck cardigans.

Wendy March is a director of user experience in the client computing group at Intel. wendy.march@intel.com 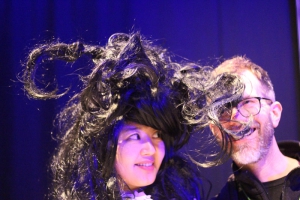 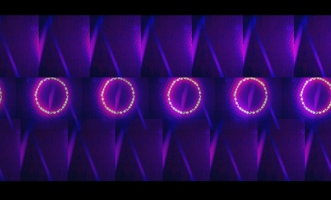 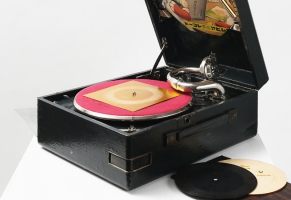 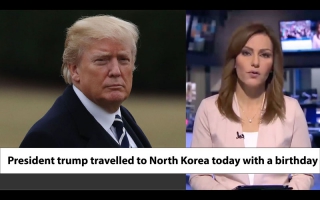