Child-computer interaction (CCI) as a specialized field within human-computer interaction (HCI) has developed gradually, from the early works of Seymour Papert and Mitchel Resnick at MIT to the more recent and substantial work by key people such as Allison Druin, Yvonne Rogers, and Mike Scaife. However, a major milestone for the field was the establishment of the annual conference series “Interaction Design and Children” (IDC) in Eindhoven in 2002.

Five years after the conference’s instantiation, several of the founders looked back at the development of the field. They concluded that “CCI is still finding its way. Relating to sociology, education and educational technology, connected to art and design, and with links to storytelling and literature, as well as psychology and computing … this new field borrows methods of inquiry from many different disciplines. This disparity in methods of enquiry makes it difficult for researchers to gain an overview of research, to compare across studies and to gain a clear view of cumulative progress in the field.” 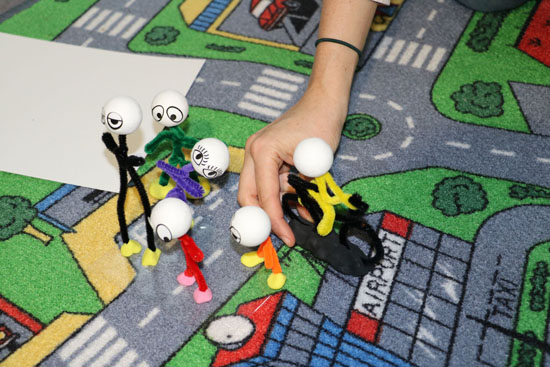 In 2016, several of us visited the CCI conference in Manchester. While attending the presentations, we jokingly started to use the term “fun-paper” to refer to presentations of the design of a cool (or not-so-cool) technology for children that include a short description of an evaluation that showed that the children liked the technology. While some of the technologies presented were indeed novel, well-done, or exciting, we felt it would be very hard to build further upon the papers. Coincidentally, Panos Markopoulos as a keynote speaker at the conference discussed the development of the CCI field since its inception. One of the observations in his talk was whether the IDC conference tends to mirror the latest technological developments: For example, when a new technology is introduced, it tends to spur a flow of papers exploring its application to the domain of interaction design and children; the previous ones tend to fade away. He argued that the wish to explore the possibilities offered by the latest technological advancements is natural but that the recurrent shifts of focus raise the question of whether the exploration of one technological platform can lead to any knowledge specific to the field of CCI that can be applied to the next trend that comes around, or whether there is a risk of the field falling into a constant exploration of possibilities, where only a small part of the knowledge gained from exploring one trend can be carried over to the next one.

Based on both his and our observations of the relative immaturity of the field, we wrote a paper in which we explored whether our gut feeling that many papers mainly describe a technology but do not offer many pointers for knowledge applicable or usable for other design projects, was true. Our conclusion, based on a coding of all papers from the previous IDC conferences into “fun” (or artifact-centered papers) and “not fun” papers, showed that our feeling was not ungrounded. Furthermore, a short inspection of the number of citations for these categories of papers also showed that artifact-centered papers were cited significantly less often.

However, we also felt the need to not just complain, but also suggest some alternatives or ways to help mature the CCI field. As CCI is a sub-field of HCI, we of course turned to the literature within the field to see if there were some solutions ready at hand. The idea of creating intermediate-level knowledge (ILK) residing somewhere between theories and instances, as proposed by Kristina Höök and Jonas Löwgren, appealed to us, so we continued with a first attempt to create a specific form of intermediate-level knowledge, strong concepts, based on the artifact-centered papers we had found. Seeing this mainly as an exercise, we were aware that ILK may not be the best way forward for the field, but we concluded that there may be a potential to create this kind of knowledge in the form of strong concepts. In our paper we thus invited the CCI community to participate in efforts to make the field more mature by organizing forums for this kind of analytical work, for example in the form of workshops, dedicated paper sessions, and/or a wiki. Since we felt the need to at least accept this invitation ourselves, we organized a workshop at IDC 2018 in Trondheim. We called our workshop “Intermediate-Level Knowledge in Child-Computer Interaction” and invited 1) researchers and designers who position themselves as producing intermediate-level knowledge and 2) people in the field of design research who have not necessarily thought about their work as producing intermediate-level knowledge.

Fifteen colleagues met with us at the workshop, confirming, provoking and challenging the maturity of CCI and the concept of intermediate-level knowledge while struggling to find ways forward for the field. Although the initial intention was to share practices about how to create intermediate-level knowledge, the discussions quickly turned to the suitability of the concept itself. In its original form, it suggests a continuum in which knowledge matures from being strictly situated in a case (an artifact) to a generally applicable theory. This is problematic for two reasons: one, it clearly suggests a strict ordering of knowledge quality that privileges positivism over pragmatic or hermeneutic perspectives on knowledge creation. Two, it suggests that the two theoretical frames, in which the extremes of the continuum live, are in any way compatible. As a result, intermediate-level knowledge is vulnerable to be perceived as weak by the positivists (the bad-science argument) and as missing-the-point by the hermeneutic tradition (the irrelevant-outside-your-lab argument). Without finding a theoretical basis that offers a more equal perspective on the different ways of knowing, embracing the view from everywhere rather than upholding the illusion of a view from nowhere, it will not be possible to find effective representations of knowledge that span across these different perspectives. Rather, we run the risk of re-living the science wars. Another consequence of the conception of intermediate-level knowledge is that it privileges abstraction over transfer, which may still be a sign of loyalty to the scientific roots of HCI. For instance, is not the way to instantiate a strong concept as valuable as the concept itself? Yet we locate the contribution in the abstract concept, not in the transfer, including the knowledge of its situated dependencies. Have we focused too much on static knowledge representations and too little on the process of transfer?

It was concluded in the workshop that CCI is still in its infancy and that one of the central means to mature the field is engaging in the debate about knowledge representations and internal rigor. This requires that we appreciate the many different ways in which CCI produces insights and find ways to connect them to build a holistic, rather than generalizable, body of knowledge. The outcome of the workshop does not suggest immediate answers, but rather raises questions and calls for developing appropriate knowledge forms. Although the workshop, and thus this blog post, focuses on CCI, we argue that the same problem of growing up applies to many young sub-fields in HCI.

Olof Torgersson is an Associate Professor at the Department of Computer Science and Engineering at the University of Gothenburg in Sweden. His research focuses on user-centered and participatory design of (mobile) technologies for children. olof.torgersson@cse.gu.se
View All Olof Torgersson's Posts

Tilde Bekker is an Associate Professor at the Department of Industrial Design at Eindhoven University of Technology in the Netherlands and an Honorary Professor at the Design School Kolding in Denmark. Her research focuses on user-centered and participatory design of (educational) technologies for children. m.m.bekker@tue.nl
View All Tilde Bekker's Posts

Wolmet Barendregt is an Associate Professor at the Department of Applied Information Technology at the University of Gothenburg in Sweden. Her research focuses on user-centered and participatory design of (educational) technologies for children, such as games, reading technologies, and social robots. wolmet.barendregt@ait.gu.se
View All Wolmet Barendregt's Posts

Eva Eriksson is an Assistant Professor at the School of Communication and Culture, Department of Information Science at Aarhus University in Denmark, and a senior lecturer at Chalmers University of Technology in Sweden. Her research focuses on participatory design with children, and interaction design in public knowledge institutions. evae@cc.au.dk
View All Eva Eriksson's Posts

Christopher Frauenberger is a senior researcher at the Human-Computer Interaction Group, TU Wien (Vienna University of Technology). His research focuses on designing technology with and for marginalized user groups, in particular autistic children. He is committed to participatory design approaches and builds on theories and methods from diverse fields such as action research, disability studies, philosophy of science, and research ethics. christopher.frauenberger@tuwien.ac.at
View All Christopher Frauenberger's Posts