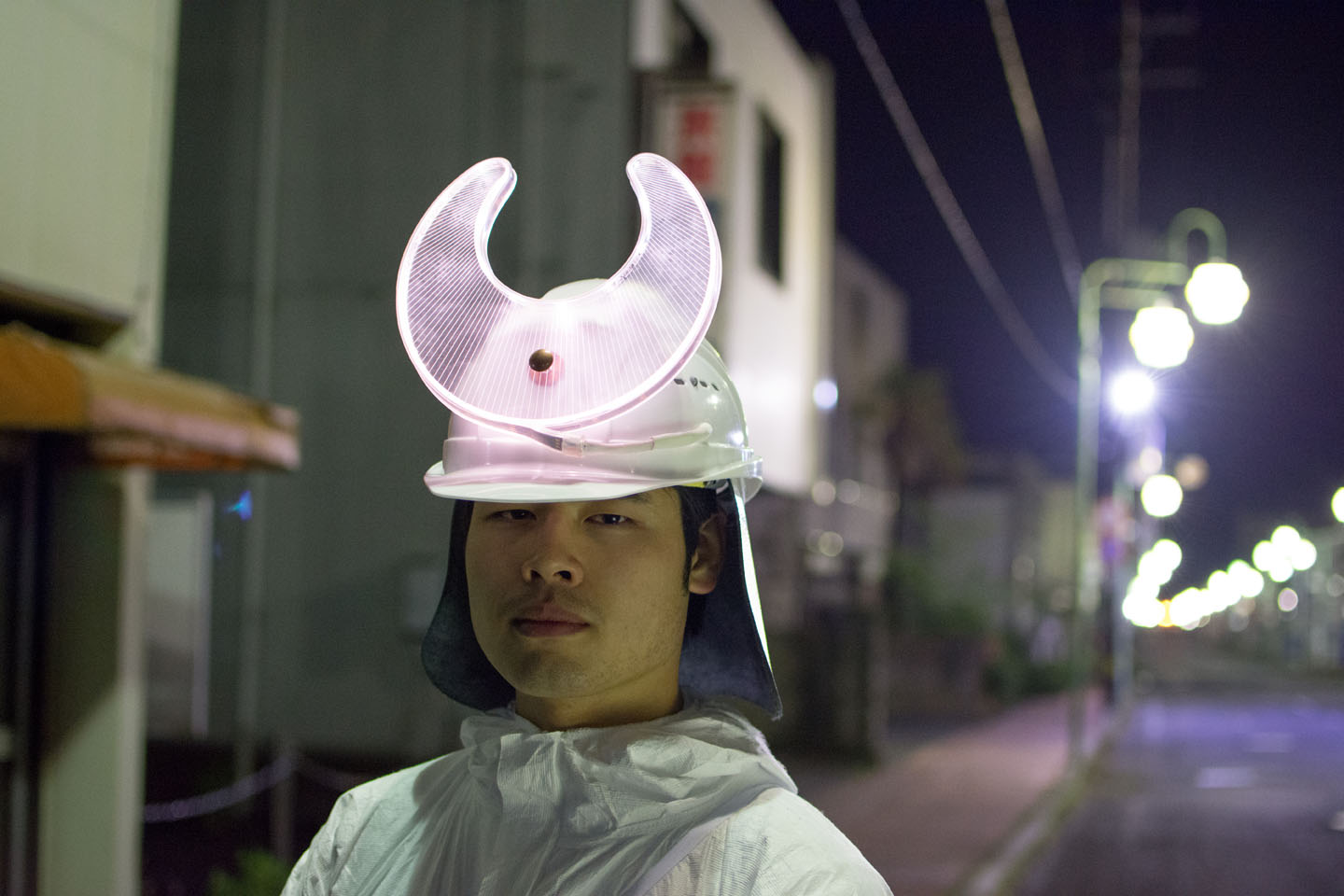 
"Brighter Than a Thousand Suns" is an art project that explores imperceptible radiation. The protagonist of a short film walks across the devastated areas near the nuclear power stations in Fukushima. He wears a uniform that allows him to measure and display ambient radiation. His handheld device contains a Geiger counter kit. The readings from the device are transformed into illuminations through ornamentation on his helmet. His uniform is a reminder of traditional Samurai clothing, as well as contemporary workers' outfits. As the poetic short film progresses, information on radiation suggests symbolic meaning revealed over time. 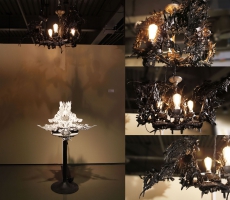 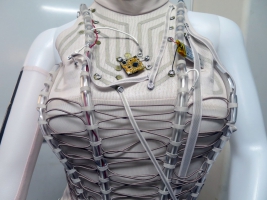