Embodied Cognition By Lawrence Shapiro (2010) Embodiment is a recent buzzword in HCI—we must interact through our bodies, after all, and the technologies to sense and respond to things in the physical world have never been more available. But despite all the attention, embodiment remains something of an intractable term. What does it really mean for the designers of digital systems? Shapiro's pithy review of the fundamental literature sheds valuable light on this question. He does this by carving up diverse research on and around embodied cognition into three more digestible perspectives, each based on a broad central claim. The first is conceptualization, the idea that body form and capabilities fundamentally shape the concepts an organism is able to acquire. The second is replacement, the search for accounts of cognition based on embodiment and situatedness that aim to supplant currently dominant abstract computational models. The third is constitution, which deals with the extent to which the mind adopts, adapts, and leverages external resources (i.e., the physical and social environment) as integral components of its thinking process. Shapiro reviews, consolidates, and weighs the diverse evidence for each claim in order to expose an informative set of shaky propositions, solid findings, lively debates, and open questions. This is not a book on HCI—there are no implications for design. Instead, it's an accessible, comprehensive, and critical introduction to embodiment that's well worth reading.

Embodied Cognition is an accessible, comprehensive, and critical introduction to embodiment that's well worth reading.

Cognition in the Wild By Edwin Hutchins (1996) Hutchins, a cognitive anthropologist and skilled sailor, writes eloquently of his time as an observer on a U.S. navy ship during exercises. Inspired by how the crew successfully dealt with a potentially catastrophic engine failure in tricky waters, Hutchins presents a rich exploration of the practices, artifacts, processes, and structures involved in determining a ship's position (or "fix") during nautical navigation—a highly evolved, time-constrained activity that involves coordination of a large team to perform precise and technical work. Hutchins argues that meaningful analysis of position fixing needs to be considered as a single cognitive system encompassing all the different individuals, tools, roles, relationships, and even mechanisms by which knowledge is accumulated and shared. In this sense, the book is an early, detailed, and well-articulated example that fits well into Shapiro's definition of constitution; it illustrates how elements outside the traditional boundary of the mind are fundamentally involved in ongoing cognitive work. More fundamentally, I found its intricate and fascinating description to be plainly inspiring—a compelling and nuanced illustration of the ways and means that sophisticated tools and contexts can be designed to fit human abilities and activities.

The Plenitude By Rich Gold (2007) HCI is interdisciplinary. Go to a major conference and we're proud that designers, engineers, scientists, and artists all brush shoulders. But such different perspectives remain hard to rationalize, and these light touches often mask bumpier underlying relationships and thornier misunderstandings. Gold's posthumous book provides a lighthearted and personal perspective on his three decades of working for companies such as SEGA, Mattel, and Xerox PARC to help produce the plenitude: the wealth of "human-made stuff." Although the main focus of Gold's ruminations is creativity, he presents an articulate vision of the roles, values, and contributions of science, design, art, and engineering to the shared labor of making new stuff. This short book provides a refreshing and insightful perspective that celebrates diversity and highlights points of connection between very different fields and approaches. It is honest, frank, and fun, and there's something in here that might help us all work together just a little bit better.

Anathem By Neal Stephenson (2009) Stephenson's weighty science fiction epic spins a classic tale: A mysterious alien invasion is detected, investigated, unraveled, and ultimately overcome with equal measures of smarts, sacrifice, and struggle. It's an engrossing and highly intelligent book that drives its plot forward with an unconventional mix of philosophical argumentation, intrepid journeys, and occasional violence. It made my list because its protagonist and major characters are secular monkish intellectuals who spend much of the book inhabiting their ivory towers, barred from sustained contact with the outside world. Stephenson describes them richly: their bizarre rules, rituals, and costumes; the challenges of their decade-long apprenticeships; their unlikely do-or-die rites of passage; their curious clubs and petty politicking; the incomprehensibility of their elders; their bitter and inexplicable internal feuds. Its hilarious—a gentle, elegant, and ultimately affirming parody of academic life.

Ian Oakley is an associate professor in the School of Design and Human Engineering at the Ulsan National Institute of Science and Technology, Republic of Korea. 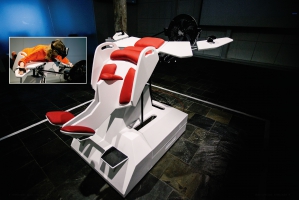 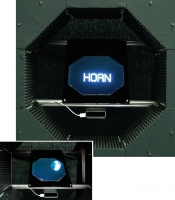 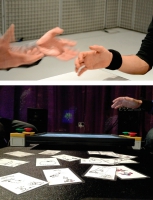