Escape the room: A girl on a drip, a pizza slice, and a smartphone set to stun


One late autumn afternoon I found myself in an Ohio hospital room sitting with a teenage girl I'll call Orleans Jackson. She was spending her 15th birthday “getting poked full of holes,” as she put it.

Rail-thin with almond eyes, Orleans had her hair in springy dreadlocks. She apologized for “being in total moonface mode,” describing the signature look of those on a regular and robust diet of steroids.

Orleans' visit today was a big deal. She was transiting from a daily cocktail of oral medications (featuring the steroid prednisone) to quarterly infusions of infliximab, a “biologic” drug derived from human genes that would be delivered directly into a vein in her left arm.

From that hand hung a sloppy slice of pizza courtesy of a pair of nurses who felt for any girl forced to spend her birthday at the hospital. In Orlean's other hand she grasped a smartphone for dear life.

Orleans was one of about 30 patients, family members, nurses, doctors, and researchers I followed around that year. This was part of a nationwide ethnographic study into a healthcare ecology where kids were undergoing treatment for—and learning to cope with—symptoms associated with inflammatory bowel disease (IBD). What I learned in the field would inform the design of a “learning health system” called C3N. Funded by the National Institutes of Health (NIH), C3N’s aim was to improve care and drive down costs by providing participants better online and offline means to make and share new knowledge in real time.

Once our study was complete, we would go onto synthesize our data in hopes of identifying salient psychographic, demographic, and behavioral patterns (personas, usage situations, scenarios, and system requirements) that would help us frame the design work ahead of us.

Orleans was a teenage girl from one of the impoverished and predominantly African-American neighborhoods near the hospital. I also learned from a prior conversation with her father (an auto mechanic from Jamaica I’ll call Floyd) that she was “a closed-mouth girl by nature” who fell into a deep depression two years before when he realized she was bleeding from her gut. This would be the first of many times she would visit the emergency room before finally getting a diagnosis.

Most of my demographics, opportunities, and personality traits, meanwhile, were very nearly her mirror opposite. With all our differences I needed to figure out how to connect.

Where to start when questioning the Sphinx? How about the end. 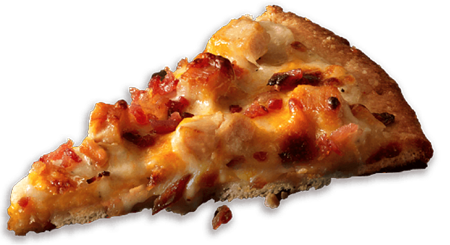 Controlling one’s bowels is a fundamental developmental and social benchmark among humans and other mammals. Cultural taboos—not to mention a widespread physiological aversion to fecal matter—enforce embargoes on serious contemplation or discussion of errant gastrointestinal activity.

The painful and awkward chronic illnesses that fall under the IBD rubric—chiefly Crohn’s disease and ulcerative colitis—can have life-changing physical, social, and psychological implications. In addition to the everyday indignities that define the common American school experience, kids like Orleans must develop clever ways to undertake—without undue notice—dozens of painful, unpleasant, and bloody diarrhea episodes each day.

“This thing isn’t going to kill a kid outright,” one Kentucky mother told me as we sat with her afflicted son in their living room the week before. “But it’ll kill you a little bit every day if you don’t watch out.”

One thing I noticed straight off about this population: Given half a chance, those who deal with IBD are blazingly direct if only to prime the pump of knowledge. But what chance was I giving Orleans? That’s the question I turned over in my head that afternoon as minutes turned to hours and a birthday cake replaced the pizza.

I did what I often do in such situations. I was friendly but hung back. I took a note here and there but kept my head up and eyes open. I observed clinicians and family members who entered and left the room and greeted them when appropriate. I took some snapshots.

Every now and then I glanced at my topic list for the inspiration. I asked Orleans about her visitors. She offered cursory responses. I asked her to tell me a story about school. “Boring.” About home? “Boring.” What makes for a no-good-very-bad-day? “The hospital.” What makes for a pretty-good-day-all-things-considered? “Pizza and cake.”

I pulled out a deck of brainstorming cards. Nuthin’ doin’. I invited her to draw pictures. Not today. I took a final glance at my topic list and saw I had actually managed to get what I had set out to get. But I also knew enough to know that I knew nothing about how this girl might benefit from this otherwise abstract thing called C3N.

She remained a crystal mystery to me. 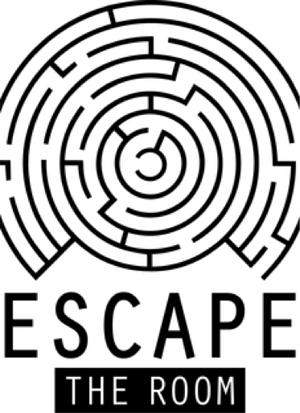 When at first you don't succeed, play, play again

Time was getting short. I studied her messing around with her phone and I posed my final question.

That’s when conversation flowed. She showed me the ins and outs of the game, what was “addictive” about it and what was “stupid but fun anyway.” She described the people she encountered online while playing. Nobody with IBD, she said, but at least they knew her name (even if she used a pseudonym) and treated her nice (even if they were competitors.) She told me she had never met anybody else with the disease, and that she could trust only one friend with the bloody details.

“The only thing more difficult than a messy flareup at school,” she said, “was being absent all the time.”

She understood what the doctors and nurses were saying about her disease, she explained, but what she really wanted was to meet a girl her age “who could share her truth.” She said that sometimes she could play the game for hours as the time flowed by, which helped calm her nerves and permit her to return to "real life" a little lighter of heart.

Soon the nurses were arriving to bring the treatment to an end. Floyd also showed up to gather his daughter. While we said our good-byes in the moment, we would invite them and others to contribute insight as part of the C3N advisory group.

Let's meet where you are

When I think about Orleans I feel gratitude for reminding me how successful designs form themselves around the lives of those who will depend on them. In the case of this girl, she was looking for opportunities for social contact and a few healthy doses of fun. She wanted to leaven her isolation and reduce stress; she also wanted to increase the likelihood of trustworthy bonds that hold potential for sharing knowledge and feelings.

The thing is this: play is a near-universal interactive mode that permits us to work through all sorts of ambitions and fears, ideas and strategies. Play works on our bodies and minds because it is a metaphoric—and therefore relatively safe—environment. Researchers know that playing games with respondents can yield insight. What this story suggests is that simply asking a respondent about her gameplay can offer productive ways to navigate challenging personal terrain.

The best designs meet people where they are. For kids like Orleans, that place is sometimes a small room where they are tethered to an IV as they play with the locks on the door.

Applying design thinking and practices to a medical study requires careful data collection and synthesis. Accordingly, our work was overseen by an institutional research board. I describe our research and synthesis methods in greater detail in this article, published in a leading peer-reviewed medical journal. My wise and patient co-authors were Peter Margolis, Laura Peterson, and Michael Seid.

David Fore cut his teeth at Cooper, where he led the interaction design practice for many years. Then he went on to run Lybba, a healthcare nonprofit. Now he leads Catabolic, a product strategy and design consultancy. His aim with this blog is to share tools and ideas designers can use to make a difference in the world.
View All David Fore's Posts