In July, I was sceptical.

"We have no idea where this is going. Let’s stomp on the accelerator pedal and hold it to the floor!" My summary of the online education discussion at the biannual Computing Research Association Snowbird conference by Stanford’s President John Hennessy and Professor/Coursera co-founder Daphne Koller, Salman Khan of Khan Academy, and Coursera instructor Peter Norvig of Google.

Predictions of disruption vary. "We’re already disrupted, I have time for discussing little else," a department chair said. Major change? "Next year" or "five to ten years," many say. More measured voices say 20 to 50 years. And some contend that a thousand-year-old educational system will endure because it provides more than massive open online courses (MOOCs) ever will. Your thoughts?

I came away in the 20- to 50-year camp—very convenient as I won’t have to deal with it. It is said that new technologies may have a surprising long-term impact, but short-term effects are fewer than anticipated. What problems did I anticipate for MOOCs?  "We need much better automated assessment," one speaker said. Good luck with that. In traditional courses, evaluations of student performance and course content are pushed into dimly-lit teaching assistant and faculty offices. MOOC assessment is trickier and will be under a spotlight. For better or worse, digital technology makes visible what was previously unnoticed, in this case how messy assessment is. Transparency tends to undermine any belief that the world is consistent.

I heard about a Michigan MOOC in progress, "Internet History, Technology, and Security." I contacted the instructor, Charles Severance. He shared collective activity logs. Two months later, before writing to ask how it turned out, I found his electrifying 46-minute video laying out the course experience. It changed my view. 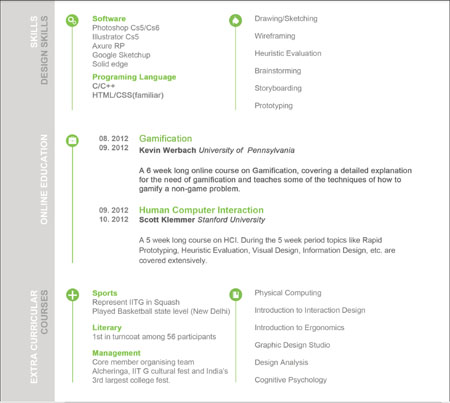 Survey articles appeared that supported these observations. I was sent an online résumé that lists two MOOCs taken. What startled me was my gut reaction to seeing it. "This guy shows initiative, taking courses to fill in educational gaps." One of the two is germane to the position he inquired about—uncertainty about MOOCs means that if a position is available he would be questioned closely to see what he learned. Poor mastery of the material will be exposed. And he should figure we could ask the instructor about his performance. Other course transcripts don’t list instructor names, the grade is presumed to suffice. Misrepresentation of online achievement would be very risky.

Antioch-LA announced plans to give credit for MOOC courses for which Antioch faculty will lead discussion groups. The women’s liberal arts college Wellesley announced that it would develop four MOOC courses in 2013. Articles shifted from explaining what MOOCs are to describing the response in higher ed and offering deeper analyses of the underlying dynamics.

Not all coverage is positive. The Chronicle of Higher Education followed an earlier positive article with a sceptical counter that unleashed a torrent of pent-up frustration. To my eye, each MOOC weakness represents an opportunity for far-sighted institutions to identify ways to improve or supplement MOOCs, to work aikido-style with the force coming at us rather than stand up to it. Nevertheless, success isn’t foreordained—the movement might founder, especially if quality becomes secondary to monetization and entertainment. The fate of television, with its initial promise of cultural uplift, gives one pause.

But this feels different. Several talented, idealistic instructors could have tremendous impact, which was not true with television. Perhaps credentialing will provide a viable business model; I am not convinced, but it may not matter to anyone other than investors. The focus is on continuing education and competition for undergraduates; fine, but even more disruption could ensue if MOOCs appeal to strong high school students.

The major MOOC platforms launched in 2012 claim a few million students, but my examination of MOOC data indicates that if we count students who do the first assignment and are still participating after a week, as we do in traditional courses, enrollment is much lower (and completion rates much higher). Academic planning cycles being what they are, the 2013-2014 academic year will provide a sense of how this will develop. The novelty effect will be gone. Better practices will have been promulgated. If there are fewer than 10 million students, the sceptics were right. More than a hundred million? Those who haven’t yet thought hard about this will wish they had.

Jonathan Grudin works on support for education at Microsoft. Access these and related papers at http://www.jonathangrudin.com/publications/ under Prototype Systems. jgrudin@microsoft.com
View All Jonathan Grudin's Posts