I work in the area known as HCI for development (HCI4D), or what we interpret in our lab as "interaction design for Indian needs." Much of our work stays inspired and challenged by a few landmark books.

In We Are Like That Only Rama Bijapurkar deals with the complex Indian market. Bijapurkar is a marketing consultant by profession, and this book is about understanding the logic of the Indian consumer. Understanding people as consumers gives us important insights about users. Those insights are particularly valuable if they come from an insider. Bijapurkar presents her theory about value in the minds of consumers, asserting that emerging markets today are not what developed markets looked like in their infancy. While she paints with broad strokes, she is always thorough with her data. The book covers many topics—from tradition to aspiration, from demographics to purchasing power, from education to infrastructure, from urban markets to rural markets, and from technology to gender. I like it because it feels like the first emic [1] account of the Indian users whom I talk to every day. The rapid uptake of smartphones in India is a concrete demonstration of Bijapurkar's theories in the decade since the book was published.

We Are Like That Only is a mirror of my everyday Indian reality. In contrast, Building Social Business by Muhammad Yunus is a dream about the future. A dream of a world that is free from poverty, more equal, more just—except it is not just a dream coming from a Nobel laureate who has already made crazy-sounding ideas work on the ground. Yunus has transformed the lives of millions of people through microcredit and microfinance in Bangladesh. His ideas have spread to many countries and have been replicated with fantastic results. In Building Social Business, Yunus calls for a new kind of capitalism, where companies are engaged in a selfless business "whose purpose is to bring an end to a social problem" while still remaining profitable businesses. He argues that this kind of a business is a better fit for "real human beings." Yunus also argues for applying new technologies to this work. He says today's companies use technology simply to make more money, because that is the mandate they get from their shareholders. But if that mandate were to end poverty or disease, technologies can take them there. Some might say that Yunus's ideas are ahead of their time. Perhaps they are, but Yunus already has shown many examples in which they have worked.

The third book I like is Breakout Nations by Ruchir Sharma. Sharma shows us the diversity in the developing world, taking us on a tour of many countries, including China, India, Brazil, Russia, Mexico, Eastern Europe, Turkey, Indonesia, the Philippines, Thailand, Malaysia, South Korea, and South Africa. He shows us how interconnected the world is, yet how countries continue to be different from each other and why extrapolations from one country to the next just don't work. He touches upon politics, geography, history, and commerce, and includes interviews, on-the-ground reports, and hard numbers. He argues for looking at each market as an individual case, charting out factors that might help it flourish or flop. Anyone who has done fieldwork in different countries, or even in different regions of a large country, will immediately resonate with Sharma's position.

The last book that I want to mention is Geek Heresy by Kentaro Toyama. In the HCI4D space, Toyama has always been a critical voice, a voice that challenges us and asks us to return to the basics. A voice that incessantly reminds us that social progress depends on human changes and cannot be delivered by technology per se. A typical HCI4D researcher is a perennial optimist surrounded by the problems of the real world. She is guided in her work by her belief system, convinced that new technologies wrapped in her great designs, directed by her careful, systematic research, can solve any problem. Toyama challenges these foundations and shows how these well-meaning, "do-gooding" project-based efforts can become futile pursuits. One line captures the essence of the book: "Some cookie cutters might be better than others, but the tools aren't what make a good cookie." Given his wealth of experience, it is hard to argue with Toyama (believe me, I have tried). While this book is a daunting read for a beginner, I would recommend it to every HCI4D researcher at the end of a project as they get ready to write a report.

1. In ethnography, an "emic" description is considered to be accurate from an internal viewpoint, in the way that locals think about themselves. It complements and contrasts with the "etic," or external, perspective.

Anirudha Joshi is a professor in the interaction design stream in the Industrial Design Centre, IIT Bombay, India. He works in the field of human-computer interaction (HCI) design. He teaches HCI and related topics at IIT Bombay and at academic institutions all over India. anirudha@iitb.ac.in 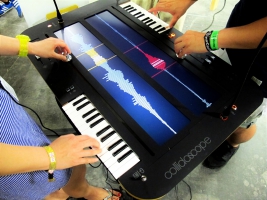 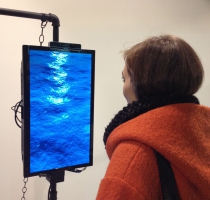 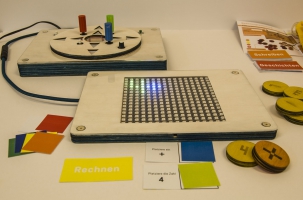 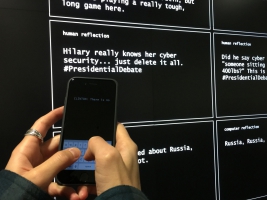