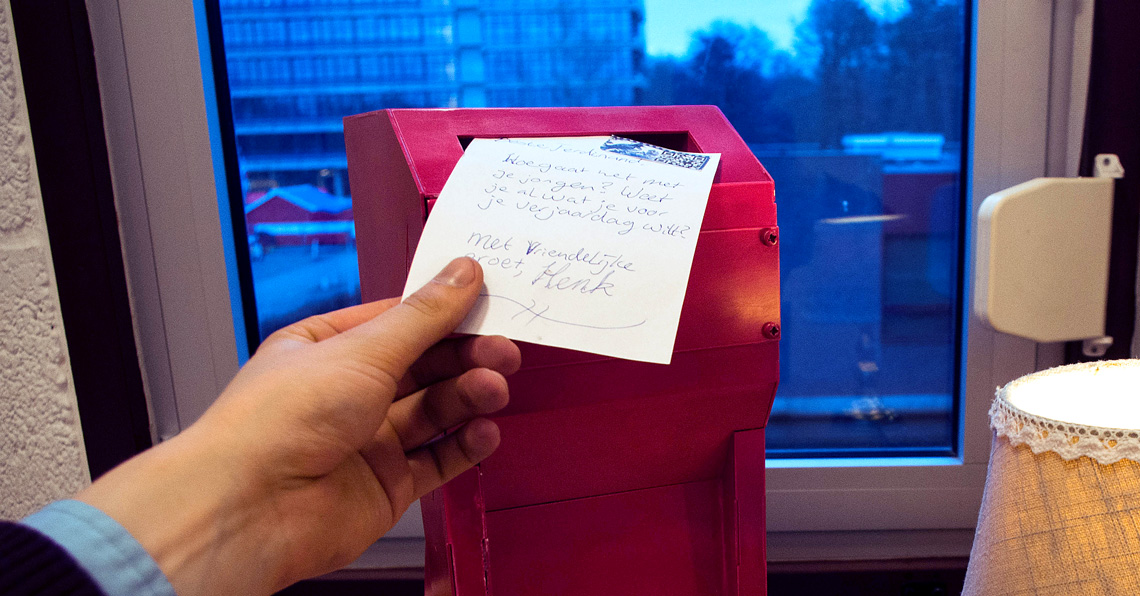 How was it made? App een oma (penpal)

We made a digital mailbox that can send and receive digital messages through physical postcards.

We first interviewed elderly people and their caretakers. We found among the elderly both an increase in isolation as well as more practical issues surrounding computers and smartphones. This made us think: What if these difficulties with technology were one of the barriers that cause isolation? By brainstorming based on that premise, the idea was born.

We then made a crude mockup (V1) with an off-the-shelf printer, scanner, and computer. A team member fetched incoming messages and ran it through a script into a printable file. Through another script, a written response could be scanned and sent.

A more autonomous demo (V2) was built for Dutch Design Week (DDW). People could print a message via Telegram, an instant messaging service. This "postcard" included a response form with a sender ID code to let the device know where to send the response letter.

Currently, we are working on a standalone desktop device (V3), which is more compact and reliable and uses addressing stamps, so the analog user can take the initiative.

Was this a collaborative process, and if so, who was involved?

Yes. We visited elderly homes, where we found an issue worth investigating through design. We interviewed people to better understand the context, tested the interaction, and are now planning on running a more in-depth pilot. We also received a lot of technical and practical assistance from both the University of Twente and Nedap, a Dutch technology company.

What expertise (skills and competences) did it require?

When moving toward a more high-end prototype (V3), we could not rely on off-the-shelf products and components, so we had to dig deeper into the electronics and software aspects of making a functional device, which we had to learn on the fly.

Did anything go wrong?

With the DDW prototype, the deadline was rather tight, so the hardware was pretty unreliable. Soldered contacts were fragile, paper would get stuck half of the time, and the only printer we could get to work was 20 years old and had constant problems.

During DDW we noticed how many people were interested in the App een Oma, but the biggest surprise was the amount of letters sent. We imagined that only a few people would try it; however, we ended up sending around a 1000 letters over nine days.

Was there anything new in the making, process, or materials that you can tell us about?

We had never worked on a project this large in complexity and scope. Most projects we did before were either relatively simple or touched on only a couple of facets (e.g., manufacturing, interaction, or rough concept). It was the first time for us to include hardware and software in a product that had to be programmed ourselves. In the beginning, all of the software was programmed by one of our team members; after our proof of concept and further into the process, we hired software engineers to help us out. 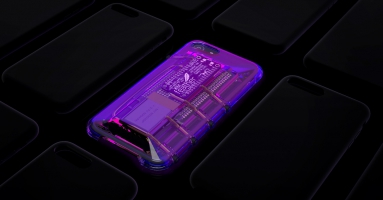 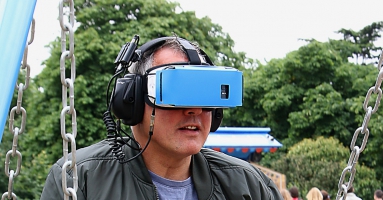 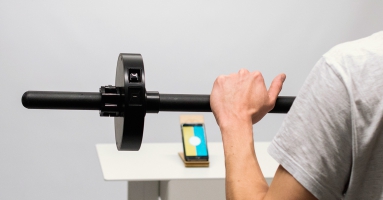 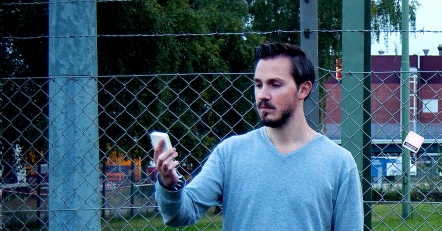 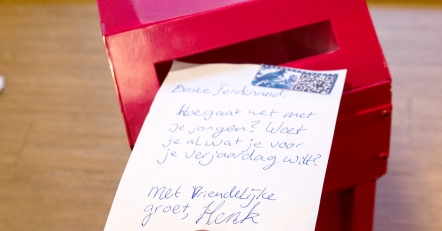 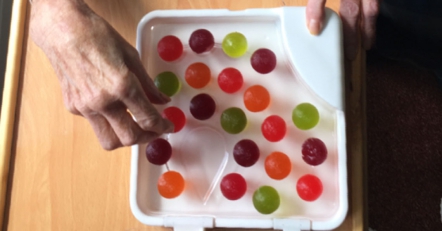 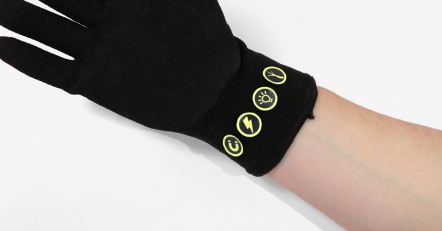