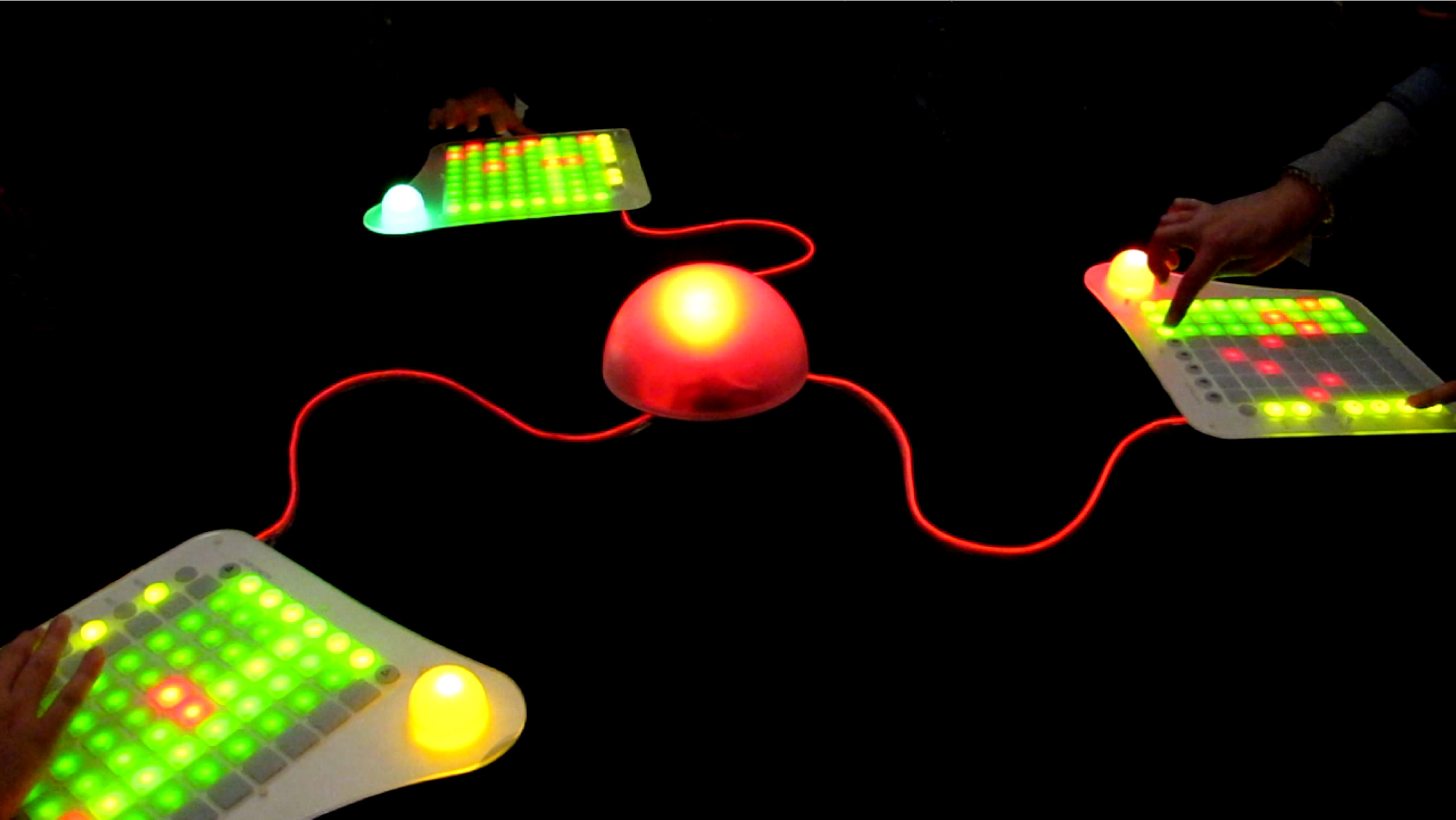 Describe what you made. Polymetros is an interactive, collaborative music system that enables you to play, compose, and perform music together with your friends or someone you just met. Designed as an audience experience for festivals and exhibitions, Polymetros promotes a way of making music that is immediate, intuitive, and social, helping users to appreciate music as an inclusive and enjoyable group activity rather than an exclusive expert profession. Polymetros was exhibited at the Victoria & Albert Museum (V&A) in London, U.K., the DCC New Media Art Exhibition in Shenzhen, China, and the 2013 Sonar Festival in Barcelona, Spain, among others.

Briefly describe the process of how this was made. Polymetros is designed to engender feeling part of a creative, collaborative music-making process by fostering each player's sense of control over their personal musical contribution. Therefore, the main design challenge was to establish real opportunities for collaborative musical creation without the demand for formal musical skills or experience with music technology, while supporting each player's individual sense of control. This was addressed by providing each player with their own "instrument," enabling the easy creation and manipulation of musical patterns inspired by the compositional techniques of Minimal Music. Even though each player's musical phrase is rather simple in itself, their dynamic interplay leads to interesting, constantly evolving musical structures that create an engaging musical foundation for collaborative impromptu music making.

What materials and tools did you use? Polymetros is driven by a software application written in Max (http://cycling74.com/products/max/). The software implements all musical aspects and controls the system's hardware components via USB. The "instruments" are custom-made devices built for the Polymetros system. For their tricolored, illuminated grids, we repurposed the electronics and rubber button overlays of commercially available MIDI controllers. Additionally, the instruments host electronics for backlight and position sensing of the rotary dials that allow players to modify each instrument's timbre. Designed using CAD software, the enclosure is composed of acrylic (front plate) and medium-density fiberboard (chassis) components produced with a laser cutter. All instruments are connected to a powered USB hub housed within the sphere in the middle of the system. The sphere hosts a Teensy microcontroller board that controls the lightning of the sphere and the rhythmically flashing USB cables based on electroluminescent wire. Beside these custom-made components, several commercially available audio devices are used. These include software synthesizers, a multichannel audio interface, and a compact, high-quality distributed speaker system that is embedded in the table.

How would you improve on it if you were to make it again? While Max was suitable for building Polymetros' musical aspects, controlling the necessary amount of external hardware via Max's native capabilities became quite intricate at times. This would greatly benefit from writing a dedicated Max object in Java or C.

What was the biggest surprise with this project? Polymetros was designed primarily for people without formal musical training in mind, so we were quite surprised about the enthusiastic responses we also got from musical experts, and saw stunning impromptu performances from skilled musicians such as classically trained professionals. 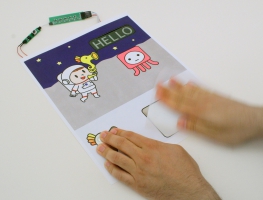 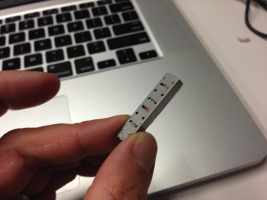 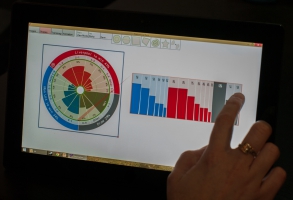