In recent years, more and more children are found to have learning or behavior problems when they enter school. Some of them are diagnosed as having had insufficient sensory experience in their early childhood. To prevent this kind of problem, it is important to provide proper sensory stimulation during a child's development. In this project, an interactive device for mobile infants (8 to 18 months) was implemented. The design integrates visual and auditory sensations to motivate young children's body motion. It also provides various tactile sensations to enrich their sensitivities to touch. Based on the result of user evaluation with the prototype, the design concept proves useful in improving young children's sensory capabilities. 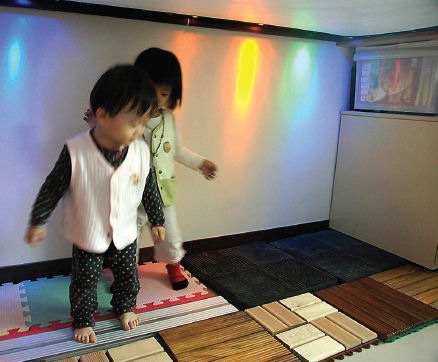 Hi!Me! is a conceptual design that inscribes traces of a person's height from childhood to adulthood on a graffiti tree made of an upright wooden board attached to the wall. The graffiti tree is combined with an audio time capsule of vocal recordings and a silhouette projection. Whenever parents mark the height of their child with chalk and an attached RFID tag nearby, Hi!Me! will begin to record voices and capture silhouettes. "Re-touching" an inscription with a specially made RFID reader will trigger the time capsule that was created, providing connections to one's younger self. 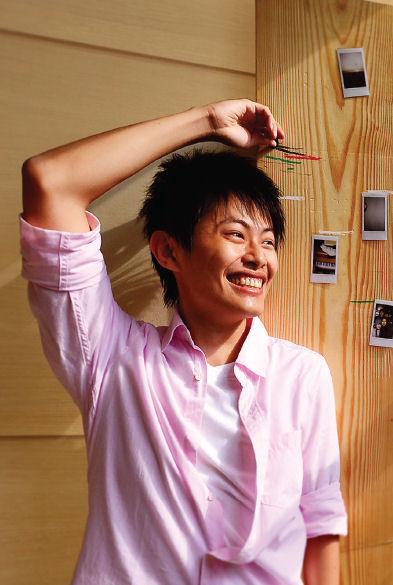 Stay in touch with InTouch! Each of the four sections of the wooden box covered with elastic Lycra represents a communication link with a friend. An individual can express her consideration for a friend by pressing a link. When pressed, its color changes from blue to red, while raising the temperature of the corresponding link on the friend's device. The temperature of each link is controlled by a thermoelectric cooler (TEC), turning hot or cold based on the input electrical current. Because the color and temperature of links are independent of each other, the device allows for strange crossings of perception. Can you imagine a red link feeling cold? So conflicting, isn't it? 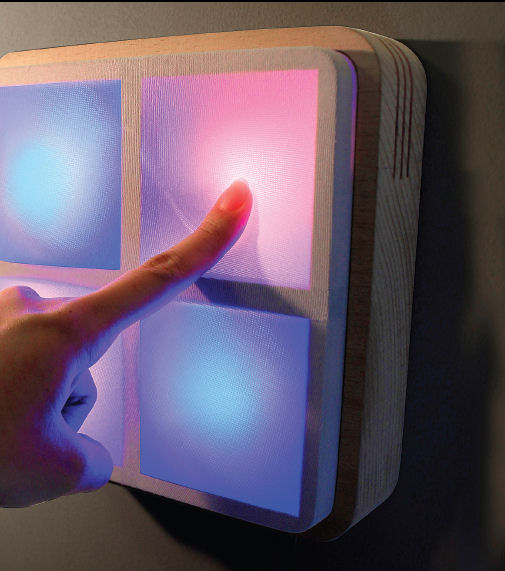 Tell the Secret is a phonographic recording device that can save and share sounds. When the button is pressed, the shape of the device invites the user to record a secret. The interchange of secret confessions creates the emulsion, interweaving, and convergence of secrets within a kind of Pandora's box. To hear the secrets stored inside, the user rotates the clockwork, puts his or her ear close to the hole on the box, and listens. A randomly selected secret will play at a very low volume. This artifact is crafted to provide embodied social serendipity in an intentionally simple and pleasurable form. 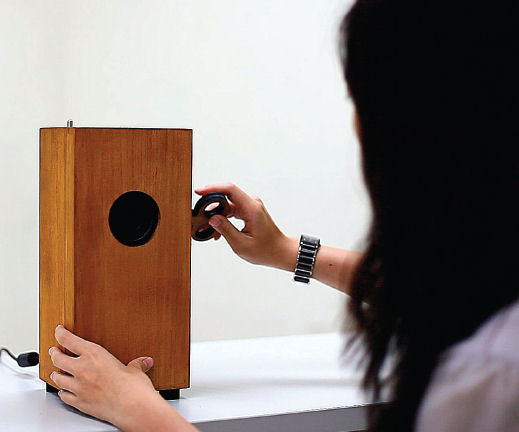