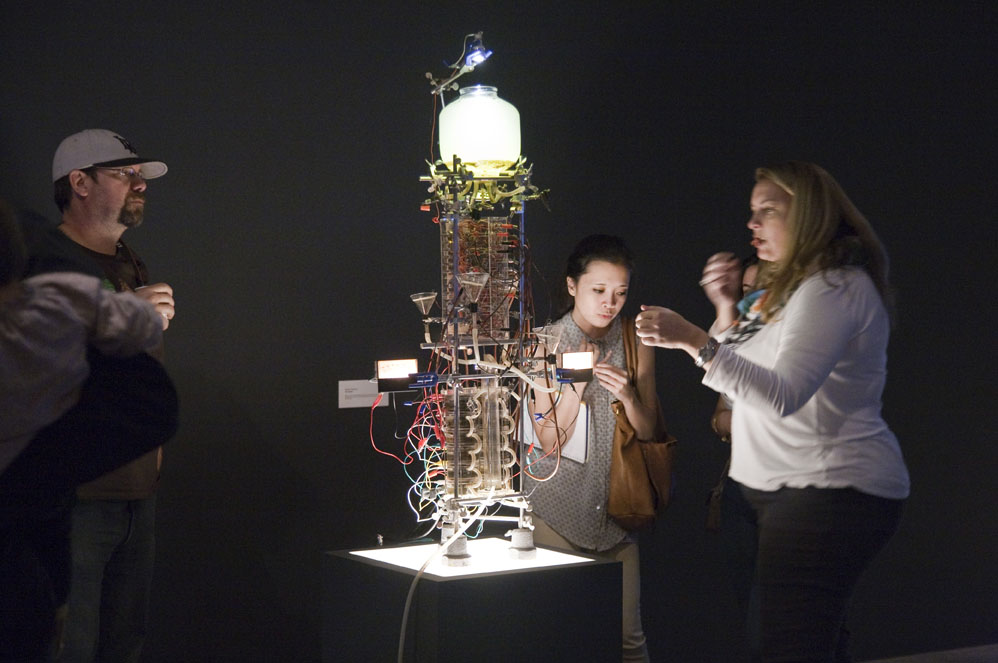 How was it made? BioSoNot

This research arose from my concern about the current state of the rivers and bodies of water in Mexico. From this, I began developing a device made of living beings and technology. The purpose was to generate sound interpretations of water-pollution levels and their microbiological activity.

I invited Daniel Llermaly, a sound engineer and musician, and Diego Liedo, a philosopher, artist, and maker, to collaborate on the development of this project. Daniel and I designed the electronics to translate the analog signals into sounds. The circuits were based on square and sinusoidal frequency generators using transistors, resistors, and capacitors.

The resulting sounds are altered and conditioned by electrical signals produced by microbial fuel cells—housing bacteria from a polluted river.

Years ago, I developed these microbial fuel cells as part of the research that gave life to projects such as Nomadic Plants and Autofotosynthetic Plants (https://youtu.be/PVK1aiIj6p8). This process aroused my interest in exploring the sound possibilities of microbial fuel cells.

Over the course of the project, I built three prototypes of instruments with different configurations.

Version 1.0 consisted of a laboratory table with several elements, such as bacterial cultures inside microbial cells made of glass. These cells connected to a synthesizer that used NOT logical gates to generate oscillations from the voltage variations produced by bacteria. We also experimented with optical microscopes to achieve certain alterations in the sounds using an image.

In this version, we tried to unify all the elements into a single structure. At this stage, we developed several analog synthesizers, sequencers, amplifiers, and hydrophones to amplify the sound of the water that flows inside the device. Using a laser directed at a drop of water, we generated a projection of a microscopic image. This image altered the sounds using a series of photo sensors that interpreted the movements of the microorganisms that appeared in the projection. The structure was made with laboratory instruments such as clamps and stainless steel bars. The microbial cells were constructed with small circular polycarbonate boxes assembled on top of one another. The electronics were housed in a methacrylate container that protected it from moisture.

The latest version of the instrument incorporates field explorations in various parts of the country to monitor rivers, with a design that evolved during the research.

Diego Liedo collaborated on the design of an electronic circuit with a series of Atlas Scientific sensors that measure parameters such as PH (acidity or alkalinity of water), DO (dissolved oxygen), T (temperature), EC (electroconductivity and dissolved solids), ORP (potential reduction of oxygen), TA (room temperature), HA (humidity of the environment), P (atmospheric pressure), and bioelectrochemical activity through the microbial cells.

The data goes from the sensors to another circuit that translates it into analog signals with eight voltage-controlled outputs. This energy varies according to the sensor data, feeding the BioSoNot electronics that translate the voltage variations into sounds. The data is simultaneously stored for further analysis.

Once the device was finished, I began a tour of different rivers to collect water samples. During these trips, I approached communities living near the rivers to share the sound experience with them by activating the instrument in a live performance. Also, I took the opportunity to talk about the development of this project in different contexts, particularly in relation to the local river.

We have explored the following rivers in Mexico:

We have also explored rivers outside Mexico, including the Los Angeles River in the U.S. and the Luyano River in Havana, Cuba.

I'm interested in how the content and information generated in these processes can be useful for researchers, activists, and anyone interested in learning more about water issues. For instance, they can get access to the data captured by the instrument and from this data learn more about the water quality in the specific sites where BioSoNot has been activated. On the other hand, simply listening to the sounds can lead someone toward an ethical perspective on water issues.

We have also invited musicians to make sound compositions from the data and sound results, with the goal of making an LP containing the most representative pieces. 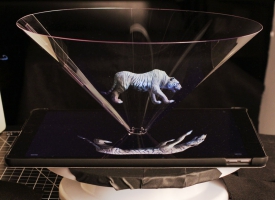 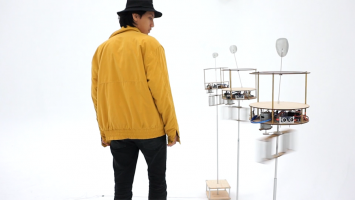 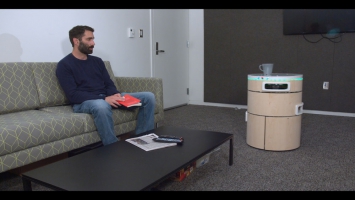 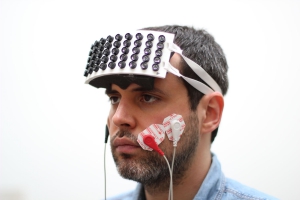