What are you reading? Silvia Lindtner

As I work toward the completion of a book on the cultures and politics of making, a central body of work that informs my current thinking is concerned with processes of economization, the making of markets and finance, and contemporary forms of capitalism and neoliberal technology. Making is often understood as existing outside the logics of markets (fun, self-made, pleasurable, DIY) or as carrying the potential to intervene in capitalism by returning control over the means of production to people. In my work, I explore how the two come together when designers, engineers, and investors translate the pleasures of hacking machines into hacking markets. To make sense of this seeming contradiction, I spent last summer re-reading Karl Marx's critique of the capitalist political economy, feminist and autonomous Marxists, and the social study of finance and economization in science and technology studies (STS), as well as engaging with more recent work on precarious creativity and digital labor. I include a small selection from this larger body of work below.

The Economization of Life By Michelle Murphy (2017)

[T]he economy, in all its enormity and detail, filled with time loops and accommodating every transaction, exceeds thought, and escapes counting, and yet it is nonetheless palpably present. The economy, uncountable and yet felt, infiltrates the sense of the world.

In this new book, feminist STS scholar Michelle Murphy unpacks how population became an experimental object to be measured and manipulated in order to guarantee national economic growth. What Murphy calls the economization of life refers to the phenomenon of population measurement and control that crystallized during the Cold War to govern life in terms of its ability to contribute to the economy (e.g., GDP growth). She examines, for instance, how in the 1970s reproduction became crucial for economists as a measure of the success of the macroeconomy. This included projects that measured the value of young women in terms of their future ability to be productive economic actors, and the devising of measurements and models that showed that new life harmed the nation's GDP growth. Murphy calls this surplus life—life that is disposable and that hinders economic growth and stability, that is "sacrificable and unvaluable to the economy, and thus better not to have been born." The life of non-white and poor people in particular was considered surplus life, as holding a negative economic value. She shows how particular regions were turned into laboratories to test out the success of these measures. This form of experimentation, Murphy argues, has become a key mode of contemporary governance and control, rendering the world "open to perpetual rearrangements and losses." Murphy's notion of experimentation here has influenced my own thinking about the relationship between aspirations to hack capitalism expressed in contemporary maker cultures, on the one hand, and contemporary shifts in geopolitics and governance, on the other. Technological tinkering and DIY making have emerged as key sites, I argue, to experiment with a mode of governance that renders individuals responsible for producing not only their own technologies but also their own survival in uncertain and precarious times.

Ong's book offers a superb critique of past and ongoing workings of global neoliberal processes.

Neoliberalism as Exception By Aihwa Ong (2006)

Political technology centered on the management of life oscillates between two poles of development. One pole centers on the body as a machine: its disciplining, the optimization of its capabilities, and the extortion of its forces. The other pole focuses on the species body as biological machinery and a basis for collective well-being and reproduction.

This book offers a superb critique of past and ongoing workings of global neoliberal processes that has as much relevance today as when it was published more than 10 years ago. Neoliberalism is often understood as a universal force of unregulated financial flows characterized by a retraction of the state from intervening in economic processes, spanning from dominant countries to the so-called developing world. Ong proposes instead neoliberalism with a small n, "a mode of political optimization" through which governing activities are "recast as non-political and nonideological problems that need technical solutions." With the notion of "neoliberalism as exception," Ong shows how the neoliberal prescription of the homo economicus as the basis of a free political order—as articulated by the economist Friedrich Hayek—became translated, technologized, and operationalized in diverse, contemporary situations. Ong's work provokes, inquiring how design and engineering further legitimize neoliberal exceptions by focusing on individual user needs, problems (only) designers or engineers can solve, and customer requirements, while shying away from tackling designers' complicity in networks of power and ongoing exclusions along the lines of race, class, and gender.

[O]ur age is obsessed with speed: faster cars, faster trains, faster broadband, even speed dating. Speed is sexy, and digital devices are constantly sold to us as efficient, time-saving tools that promote an exciting, action-packed lifestyle.

Speed, Wajcman shows, is a common trope in the tech industry, a mantra of CEOs, who portray the speed-up of technological development as inevitable and humans as always one step behind in adapting to it. A sentiment of the acceleration of technological progress—and, by extension, of work and life—has led to the call for deceleration, visible in the success of slow movements and of yoga/meditation apps. There is a paradox, Wajcman highlights, in the promise of speed. If technological acceleration means that less time is needed, then this should increase free time and slow down the pace of life. However, time appears to become increasingly scarce. This time-pressure paradox is what Wajcman tackles in this book. She is reluctant to embrace slow living, but also challenges acceleration as our inevitable relationship to time. She posits that technology can be "recruited as a resource in our quest for discretionary time" and to "formulate an alternative politics of time."

Silvia Lindtner is an assistant professor at the University of Michigan in the School of Information, with a courtesy appointment in the Penny W. Stamps School of Art and Design. lindtner@umich.edu 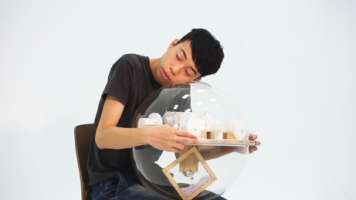 DEMO HOUR: The Sound of a Hug 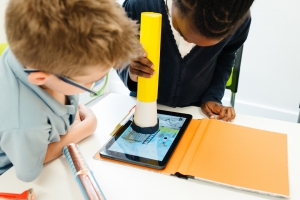 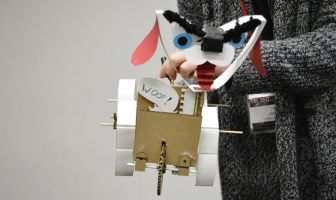 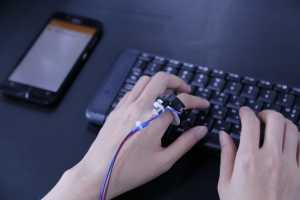