The Control Revolution: Technological and Economic Origins of the Information Society. By James Beniger (1986) When I entered the field of the history of computing, one of the intriguing questions was why the U.S. appears to be the sole actor on every page of the history of digital computing. It may be a consequence of computing historians not paying enough attention to geographical diversity. Even so, the absolute dominance of Americans in the computing stories was puzzling. Sociologist James Beniger's famous work traces the rise of technology and information processing techniques since the 19th century. I read his argument as one possible answer to my American puzzle by paying attention to the cultural and social roots of innovation and prosperity through computing technology. Eventually it led me to question how and why the cultural and social systems of other countries have been interwoven with computing technology.

Korea: The Impossible Country. By Daniel Tudor (2012) Sometimes the best observations about your own society come from the eyes of outsiders. I'm working on my dissertation on Korea's eccentric Internet security infrastructure. I have been struggling with understanding the somewhat fragmented combination of highly developed physical infrastructure and poor everyday user experience. This book helped me to understand the collective psychology of modern Korea. Tudor, a former correspondent for the Economist magazine, describes Korea as the impossible country. A great read that enlightened me on Korea's impossibly high social standards and social goals that have been imposed on its people, including me.

Tudor's book helped me to understand the collective psychology of modern Korea.

The Anti-Politics Machine: "Development," Depoliticization, and Bureaucratic Power in Lesotho. By James Ferguson (1990)

Development. The term itself is bewitching and daunting. The story of development projects in Lesotho by anthropologist James Ferguson offers profound messages on the nature of development. His observations and criticism may also be valid in the field of information and communication technology (ICT) development.

What does it mean to say that a country has been successful in developing ICTs? Right now, most nation states on this planet are competing with each other for ICT development. We may need to ask similar questions, such as what is the real substance of ICT development? And what goals does the project serve for a country's people, not just development programmers, researchers, or domestic and international bureaucrats?

The Global War for Internet Governance. By Laura DeNardis (2014) Sometimes you do not have a clear idea of the nature of the meeting or conference you plan to attend. I recently had an unexpected opportunity to be involved in the arena of Internet governance as a next-generation member of ICANN (the Internet Cooperation for Assigning Names and Numbers). This book became a great guide to sort out my confusion about ICANN'S open-door, multi-stakeholder Internet governance. I learned about who wins and who loses on the battlefields at the intersection of local values and globally transcendent technology. Open-door policy does not really mean an equal opportunity for every participant, as with open government and open data. I cannot agree more that, as DeNardis asserts, "Internet governance is an oxymoron."

Writing for Social Scientists: How to Start and Finish Your Thesis, Book or Article: Second Edition.

Zen and the Art of Motorcycle Maintenance.

Writing is somewhat bittersweet, as is life. These two books have been sitting on my bookshelf for a while. In theory, I understand I'm not the only one on this planet who is struggling to convert unfledged ideas into written form. Maybe this struggle comes from fear and self-doubt. In my "dissertating" mode, these books remind me that I am not the only novice traveler and that life is similar to traveling—I need to maintain my "vehicle" on this bittersweet journey. I hope I can eventually understand Pirsig's words that "sometimes it's a little better to travel than to arrive." 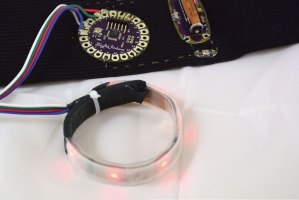 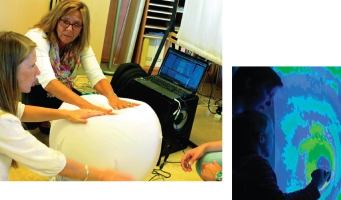 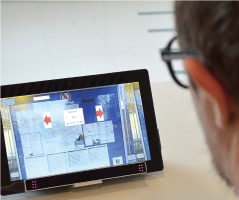