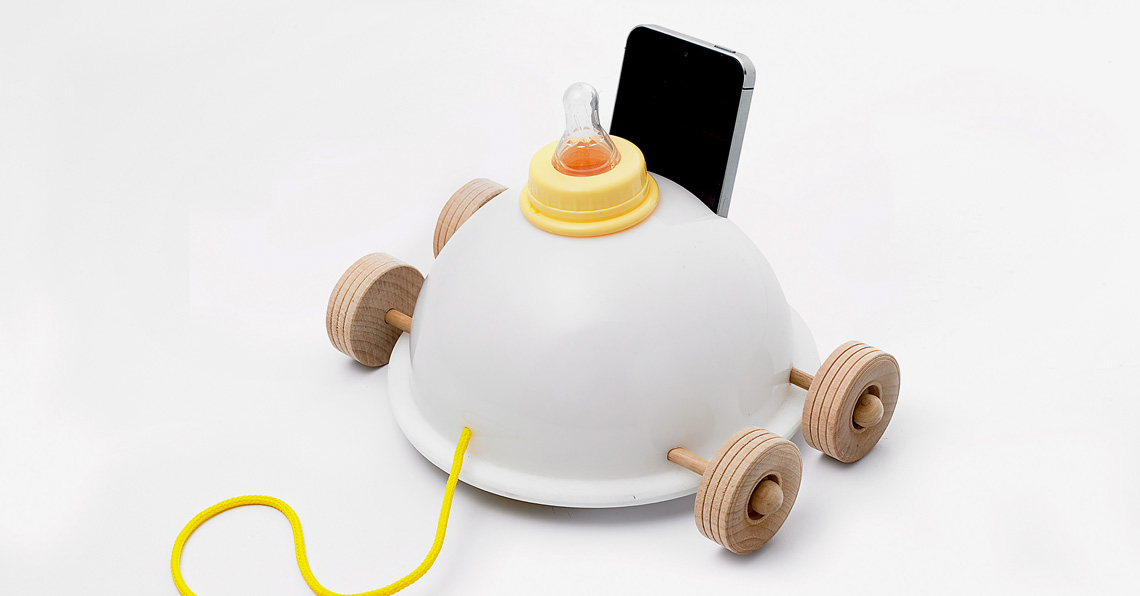 How was it made? A smartphone in the nursery

I made a series of critical and evocative artifacts that explore the role of smartphones in the care of young children. I used them as conversational probes, to better understand experiences of using smartphones during childcare and, more generally, social ambivalences toward the presence of technology in family life. The work's suggestive designs invite people to interpret them and relate their own experiences.

Through drawing and watercolor painting, I explored forms and narratives in the sensorial and material world of infants, populated by textures, toys, pacifiers, and bottles. I gradually incorporated the smartphone, creating a series of uncanny and at times unsettling combinations that embodied its problematic presence in a world socially perceived as belonging to nature, the biological, and the organic.

The themes that emerged through drawing were also explored through making. I used ready-made objects such as toys, bottle parts, and wooden wheels and combined them with 3D-printed, CNC-machined, laser-cut, and handmade forms and textures. The result was a collection of very experimental designs. A series of workshops and public events allowed people to encounter the designs; it was then that they became conversational probes.

For Ambivalent Objects, I made a 3D-printed form that integrated a bottle with a phone. I also used an acrylic dome to which I glued a bottle top, pinned some wooden wheels, and attached a cord. I also made a slot for placing the phone. These combinations resulted in objects that somehow represented the use of the smartphone as a pacifier.

For Herby, I created a CAD drawing for a base that could hold a smartphone and a handset. I then had it CNC machined [1] in hard foam, later attaching wooden wheels and a cord to it so it became a pull-along object. I used the face of the smartphone to display toy-like facial expressions that went from happy to angry and I used text-to-speech recording to give the phone a voice, pleading not to be taken as a toy. These were activated using the embedded accelerometer in the iPhone [2].

For Uncanny Pet, I sewed a fur-like material around an aluminum dome that became a head structure and a cone shape that became a tail. I fixed the charging cable inside the body, letting both ends come out at the front and back. I folded the material at the front to make a pocket that could hold the smartphone and cable, so that the face of the smartphone became the face of the object. The result was a pet-like soft object. Using the sound of snoring and an image of closed eyes, I created an animation that gave the illusion of the artifact being asleep while charging.

The objects exposed practices that are often private, prompting people to share experiences about moments of isolation, when they rely on the smartphone for help or distraction (for themselves and for their children). Although at times producing rejection, the objects also invited suggestions for when they might be desirable and for ways to make them more ergonomic or marketable. I find these responses interesting because they represent our love-hate relationship with technology: It is invasive but may become safe when educational. It is both a helper and an intruder.

What will you repeat in another project that you did well in this project?

I find that the contradictory desires of users can offer design opportunities that I wish to continue exploring. Drawing and making are forms of research that can allow themes to surface. I plan to continue these practices in my work.

What is the one thing about making this that you would like to share with other makers?

Artifacts that are suggestive, open ended, and not entirely resolved can invite others to interpret them and share their own standpoints and experiences. I find that this allows for an inclusive and playful interaction with stakeholders.

1. With thanks to Bob Moore

2. With thanks to David Chatting 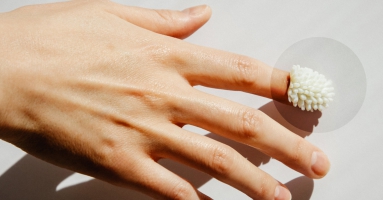 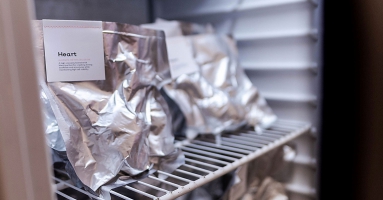 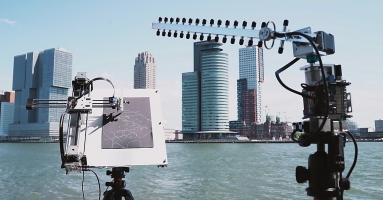 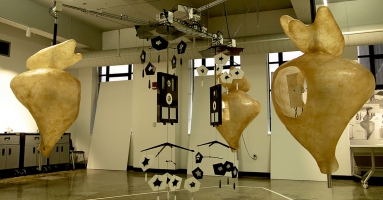 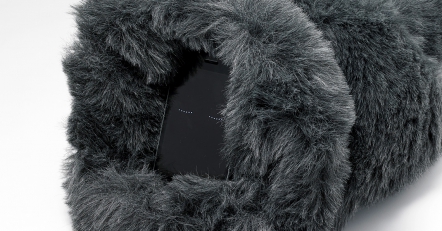 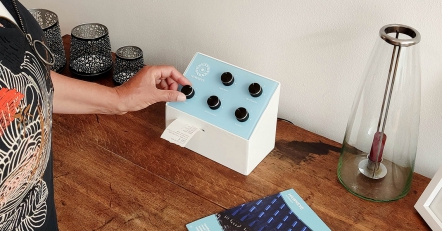 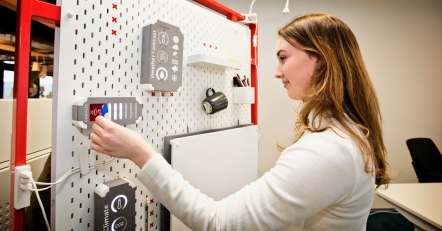